Dien Chan Zone®is a unique technique of its kind. It offers extraordinary, sometimes surprising and often immediate results for different types of disharmonies in the body. It comes from the root of Dien Chan which originated in distant Vietnam in 1980, after about five years of study and applications by its creator, Professor Bùi Quôc Châu and a group of acupuncturists.

It was developed to ensure that the Vietnamese population, destroyed by war, can practice the therapy independently, on themselves and their families at no cost, simply with their hands on their faces. Today in Europe this intention still remains at the center of our work and becomes Dien Chan Zone®, our adapted version of the technique.
It is the most recent reflexology and does not incorporate any oriental technique related to the face.

Formally in 2002 a single authorization was granted to the Academy to teach the entire official “Dien Chan” technique in Italy. The study of therapy for Beatrice dates back more than twenty years ago, even before its diffusion in the West.

A.I.R.F.I. (formerly S.I.R.F.A.), regularly hosts courses in its Milan office and organizes trainings throughout Italy and abroad. It also organizes regular refresher and practice meetings for all its students. We have traveled across the country to promote and share our work at various trade shows and conferences. In 2014, a book which collects twenty years of work and methods. 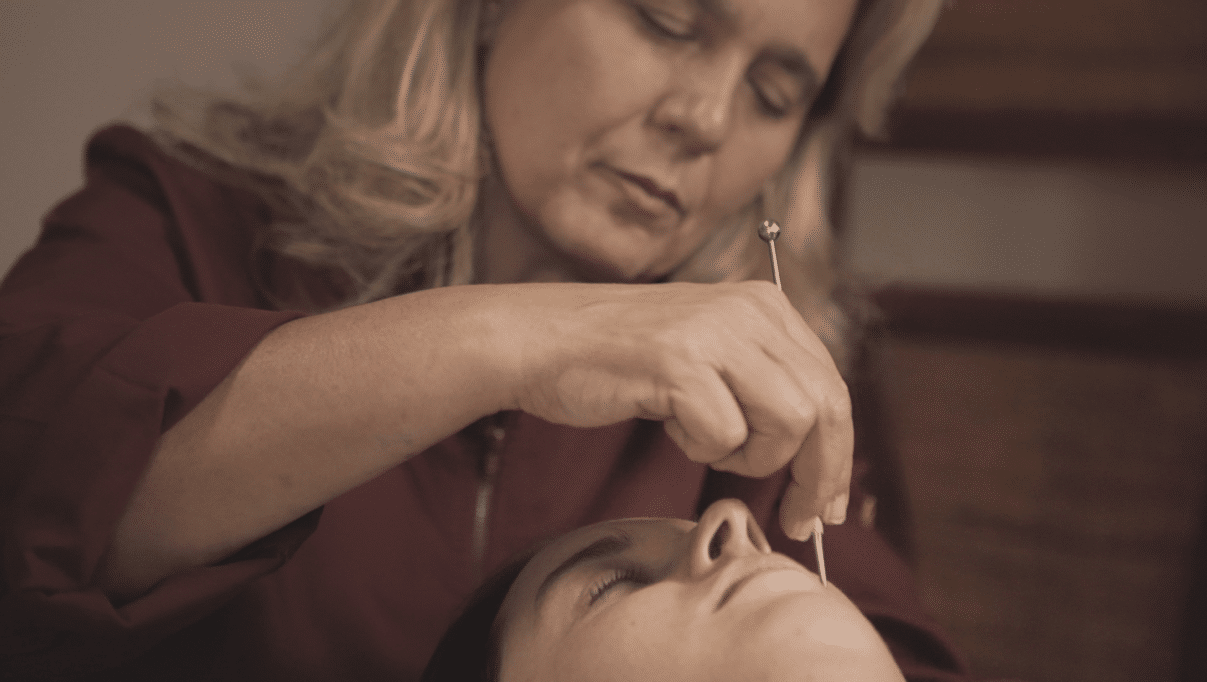 The first approach to Beatrice’s “Dien Chan” is a relatively short two-day training with Professor Nhuan Le Quang. At the time she was also working as her translator, thus being able to deepen her understanding of the true essence of the technique thanks to repetition during rehearsals and attendance at her seminars, conferences and treatments that have completed her training over the years.

Later with Van Que Nguyen, a coordinator authorized by Professor Bùi Quôc Châu, he was able to deepen over the years a more advanced method that included the foundations of Vietnamese medicine and folk philosophy.

The experience with Professor Bùi Quôc Châu, and his European translator Patryck Aguilar Cassarà, begins with his two-day course in Paris. To deepen the technique he moved to work in the professor’s clinic in Ho Chi Minh City, Vietnam, also participating in his evening courses. Complete the training with the 10-level course in Paris always with the teacher.
He then collaborates on the Italian translation of Patryck Aguilar Cassarà’s book, ‘Multireflexology Dien Chan’, written by him with Professor Bùi Quôc Châu and Anna Roca.

After years of dedication, work, study, application and treatments, the Italian Academy Dien Chan “S.I.R.F.A. is opened with full rights. , Italian School of Applied Facial Reflexology ”and as such known and recognized in our country.
​
Following the natural progression and expansion of the technique, even at an international level, after more than twenty years of history with the same rights, A.I.R.F.I. International Academy of Italian Facial Reflexology which represents our daily presence, constant application, incalculable study and continuous improvement of the same.

Dien Chan Zone® is a reflexology that applies the principle whereby by stimulating one part of the body another is rebalanced. More precisely, when the skin, as a major sense organ, is stimulated, according to established maps that reflect all the organs of the body, the central and peripheral nervous system, it responds to reach the target organ or area.

In its full application, Dien Chan Zone® is a multi-reflexology. This means that the qualified reflexologists of A.I.R.F.I. they have the possibility to work not only on the face but also on the body. AIRFI teaches various modalities for the intervention in different parts of the body during the advanced course.

To date, our Academy, based in Milan, Italy, has trained thousands of Practitioners, Reflexologists and Teachers who work in Italy and abroad. With great satisfaction, in 2016 we held our first fair outside our homeland, in Amsterdam, the Netherlands. This was followed by other international fairs.

Stay updated on our events, appointments and initiatives!

Do you have any questions